Which Sprinkler Heads Is Right for Your Garden Lawn

Every day new devices make it to the web market with innovative features. One such fantastic technology is mobile application development, where everything is just a click away from us. In the smartphone world, running a mere business website is never going to be enough. During recent research, it has been shown that about 54% of the google search is done using smartphones.

With this spectacular growth in the number, every mobile app development agency is busy creating applications to engage the number of traffic via smartphones. Today, we see mobile applications taking over essential aspects of our lives, such as communication, entertainment, shopping, and more. So If a business lacks a mobile application, it can become really challenging to keep up with consumer’s needs.

Keeping that in mind, how about we throw light on what is a mobile application and explore some interesting facts that can help you gain insights.

What is mobile app development?

Mobile application development is the process of developing software applications that can efficiently run on a mobile device. A general mobile app utilizes a network connection along with remote computing resources. Therefore, a mobile development process requires creating installable software bundles such as assets, binaries, code, etc… Moreover, the method also involves implementing backend services like data access with an API and testing apps on target systems or devices.

There are two major platforms for mobile application development: iOS from Apple Inc. and Android from Google.

When you read about mobile applications, do you ever wonder which application ranks first on a popularity basis?

Do you know which apps features are loved by the users most?

Well, you can find some of your answers here.

Here are some amazing facts related to mobile app development that are not known to many.

The download projection for apps in 2021 stands at 279 billion. That is approximately 35 applications for every person on Earth.

The most downloaded and utilized app of all time is Facebook. This signifies the role of social media on businesses that can create implications for marketers.

On a general basis, most downloaded applications belong to Google. Namely, Google Maps and YouTube are the ones that have over a billion downloads.

Android’s Play store has the highest number of applications, 2.87 million available for downloads.

The second largest is Apple’s App Store, providing over 2.2 million applications. The reason why the App Store has fewer apps than the Play store is due to the higher coding standards that exclude poorly developed apps.

Mobile applications are expected to generate revenue of over $935 billion by the year-end of 2023. This is a considerable increase compared to the previous five years, where the revenue went up to $77 billion in 2017.

Apple alone has been paying over $50 billion to its developers since 2008.

Mobile app development can be the most profitable field since there are apps like Zoom that have almost 300 million active participants on a daily basis.

By 2024, over 42% of the entire sales in the UK are expected to be initiated by mobile applications. This implies that app development can be the core element for driving out sales in a country.

Over 60% of the mobile applications in Apple’s App Store have never been downloaded.

On average, an adult spends approximately 5 hours a day on communication apps. This is around 1/5th part of the day, revealing the potential of applications like Whatsapp, Instagram, and Snapchat.

You would be surprised to know; a typical smartphone user unlocks their device over 80 times a day. This generates over 3000 swipes per day.

Mobile applications are the preferred choice by users over business websites. Since internet usage has shifted from desktop to smartphones, mobile apps are the most convenient way to showcase one’s business.

More than 70% of mobile app development companies use more than two platforms while developing an application.

The industry is fast-moving towards “App Culture.” There are applications for TVs, smartwatches, and even Kitchen essentials.

In the app market, the USA stands in the first place for active participants in the usage of applications, followed by India with over 68% of users.

The uses of mobile applications are endless, from making online payments, streaming movies to communication. It is evident that applications are an integral part of our lives and therefore are here to stay.

If you plan to develop an application for your business/e-commerce store, consider the above facts for your market research and further implement the best technology in use. You can also take essential insights from a reliable mobile app development agency that can help you run your development process smoothly. Now, Go on and develop an outstanding business application.

How to Make The Air Conditioner Run More Efficiently? 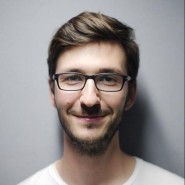 Spare the Wait and Shift Your Company Online

Mobile Phones Are One The Finest Technologies Ever

Web Design That Helps Your Business Website Stay Ahead

Software Development Is Conquering The World In 2021 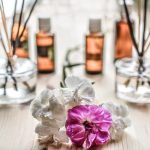 How to Pick the Best Fragrances for a Big Date

Types of Commercial Appraisals in Demand 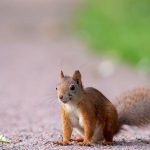 How to Keep Your Food Safe from Squirrels While Camping